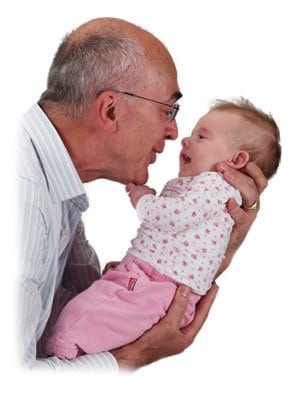 “Having completed our studies in Educational Psychology, Physical Anthropology and Behavioral Biology, and just married, my wife Hetty van de Rijt and I left for the Gombe National Park, Tanzania, East-Africa to study chimpanzees with Jane Goodall. The particular research project we had prepared for proved impossible under the prevailing circumstances, so we had to change topic. There and then we realized that there was no place on Earth where one could observe freeliving newborn chimpanzee babies at such close range. We did not have any theory or hypothesis at hand for testing, but we were trained in systematic, direct observation of animal behavior in the field, in the tradition of Nobel Laureate Niko Tinbergen. So that is what we did for nearly two years.

When we returned to Europe to work in Robert Hinde’s Medical Research Council-unit on the Development and Integration of Behavior, University Sub-department of Animal Behavior in Madingley, Cambridge, England, we had to analyze reams of data. Out of this analysis emerged the notion of regression periods—difficult periods where the baby clings more closely to the mother. Previously, such regression periods had been found by others in no less than 12 other primate species. The results of the data analysis also supported the idea that in the course of early ontogeny a hierarchical organization emerges in the central nervous system that underlies the behavioral development of the freeliving chimpanzee babies and infants.

It was only after we had analyzed our data and discerned a hierarchical organization that our friend and colleague Lex Cools, a neurobiologist, suggested that we compare our findings about the capabilities of infants at the different stages of development to the levels of perception spelled out by Hierarchical Perceptual Control Theory (PCT) developed by William T. Powers. PCT turned out to explain our findings very well. In the following years, the core postulates of PCT have been further tested by other researchers and results published in the scientific literature. Readers who are interested can go to the website www.livingcontrolsystems.com for an overview of PCT.

Once we had earned our Ph.D. degrees in Cambridge, England (Hetty) and Groningen, the Netherlands (Frans), we moved on to observe and film human mothers and infants in their home environment. These studies demonstrated clearly that human babies, too, go through difficult age-linked regression periods in a similar way. With each difficult period, babies make a leap in their mental development. Each time another layer of perceptual control systems is superimposed onto the already existing, hierarchically organized layers of perceptual control systems.

Based on our research, Hetty and I wrote the original Dutch version of The Wonder Weeks, published in 1992 and followed in subsequent years by German, French, Swedish, Italian, Danish, Spanish, English, Japanese, Korean, Russian and Turkish editions (see here the other languages of The Wonder Weeks). During the 1990s, our original research in The Netherlands was replicated by other researchers in Spain, Britain and Sweden.

Unfortunately, Hetty contracted a rare tropical disease during our stay in Tanzania and following a long, brave battle with the disease, she passed away in 2003. Hetty’s legacy is alive and well as her life’s work continues to bear fruit and The Wonder Weeks continues to make life easier for parents and contribute to the healthy development of children.”