Getting pregnant was already anything but natural for us. When my husband and I decided to go for a baby, my period stayed out as well as my pregnancy. I had been on anticonception since I was 15, which I had started taking without having had a period beforehand. The anticonception did cause me to have a bleed every month, so I never doubted my fertility. Until I was diagnosed with primary amenorrhea and PCOS. So when the doctor told us the words “you are infertile and will never be able to conceive without help” our world collapsed. Especially when our desire for children is so big and present. I also felt incredibly failed towards my husband. Can’t I even give him a child? Were my thoughts. Our first fertility program started and I eventually became pregnant with our oldest daughter (now almost 3).

38 weeks I was allowed to carry her. Then I got sick (preeclampsia) and she didn’t respond well to that either. I was immediately induced and after a hard labor of 22 hours, our stubborn baby was born, with her sunny side up. The maternity week was wonderful, everything went so relaxed and well. My recovery was pretty peanuts, the only thing that bothered me were the 24 holes in my back from the 12 times I was wrongly punctured with an epidural. After a few days, that pain reduced and I didn’t suffer from anything anymore. We slept with a newborn more than I did during the last weeks of pregnancy and I really did feel like riding that pink cloud!

But it was not for long…

Unfortunately, it was not for very long. In the second week, she got sick, and it didn’t get better. She threw out entire feedings, grew poorly, cried about 20 hours a day, and only did very short hazy sleeps, including at night. She was given a lot of medication and painkillers, and the hospital was pretty much a second home by now and finally, at 14 months she was taken into the hospital and they started with new medication again. After that, things seemed to go well for a while. The crying subsided a bit and she began to develop better. So were we finally over it? The fertility program for her sister had also started in the meantime, with the knowledge that I would not get pregnant soon, we wanted to start.

During the process, we also learned more and more about the health of our oldest’s. We are far from there yet, but what we do know now is that she has had pain in her joints all her life. Later she also developed muscle weakness, hypermobility and has a heart murmur which is being looked into. For this, we are now investigating a connective tissue disease with the clinical geneticist to hopefully get a diagnosis soon so she can be treated properly. In the warmer months she feels better and has less pain, hence this progress after the hospitalization. We then headed back toward spring/summer and those really are her best months! So we were intensely enjoying a relatively pain-free toddler.

The fertility process of our second baby girl

The second fertility process had quite a few setbacks. And with every failed round I thought “maybe those were my last eggs…”. The fear that we would never be a second child grew, and it was also getting harder physically by the week. My husband and I decided we needed to draw a line, and had given an end date. Up to there and no further. As big as our desire was, we didn’t want it to affect me, my health, our family, and the oldest. The end date was approaching and I gradually began to accept more and more that this was it, the three of us. No brother or sister… and then after almost a year, I became pregnant!

Another tough pregnancy followed. The pelvic instability was already present during the fertility process and got worse by the day. I soon ended up in a wheelchair and not much later I was on bed rest. The pain became unbearable and it looked so hopeless. I felt incredibly lonely and sad during those months. Around week 30, despite all the rest, I started having contractions. I still felt the baby very little, sometimes not for days. Weeks of daily CTG and even more bed rest followed. It all looked uncertain, but I guess you can never really prepare for a premature birth. Because when the contractions started a month later, I was pretty upset.

You can read the whole delivery story on my Instagram @kyra_elgersma, via the highlight “Childbirth S” you can read all the posts and some additional questions about the birth. But after a labor of over 30 hours, our little girl was born prematurely in one push contraction. She had a very rough start, had to be ventilated for an hour, and ended up in the incubator under the blue lamp. But all in all, she seemed to be doing well after that! We enjoyed a very relaxed baby for a long time and I was so relieved that we didn’t have to go through the same thing again as we did with the oldest.

From our little sunshine to a crybaby

From being our little sunshine, the youngest also became a crybaby. Luckily this time we found out after 3 months why. She had a class 4 lip tie and a hidden tongue tie. Especially the tongue tie caused a lot of problems. Breastfeeding was not going well, and her tongue tie was so tight that her lower jaw was pulled back. As a result, the rest of her body was constantly compensating, so she was just in pain everywhere. A day before she was to be helped on the tongue tie, she got sick. And really sick. Salmonella … how? A newborn baby with a salmonella infection. She lost a lot of weight and had inflamed intestines which caused bleeding. After about 2 weeks she luckily recovered, and the surgery for her lip and tongue was also allowed to proceed.

The procedure was truly awful. She had an anesthetic ointment smeared on, which was not nearly long enough to be withdrawn. During the procedure, I had to hold her and she really screamed. I have never heard a baby scream so loudly. This wasn’t even crying anymore, I felt it in every fiber of my body. Fortunately, feeding went better and better after that and now (she is from the end of May) I can say that she is doing really well. Next month we have an appointment for a congenital defect she has, which she will have to have surgery for if it doesn’t resolve itself. So that’s all something we have to wait for for a while, as well as with the oldest and the tests in Groningen.

Never could I have imagined this beforehand

So yes, motherhood for me now is mostly wanting to take everything from them. All the pain. All the shots, syringes, procedures, surgeries, medications, fears, panic, and tears. Beforehand, I could never have imagined what it is like to be a mother, but being a mother of a chronically ill child is really next level. This is pain and worry no one could have prepared me for. You want nothing more for them than to be healthy and happy and if that is not the case, you blame yourself. Is that why I am infertile? As if Mother Nature already told me that I cannot bear and give birth to children properly. That my body makes mistakes and doesn’t pull it off.

Someday the day will come when they will be completely fine. I know that for sure. And the day when I no longer blame myself daily will surely follow soon. Although I will always wish it was me and not them ❤️. 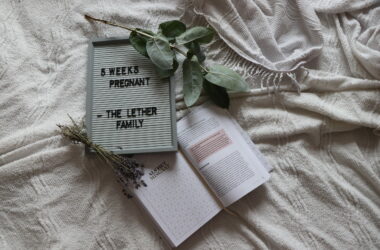 Online, I read many stories about mothers with fertility problems. In these cases, it’s actually always about the fact that… Read more 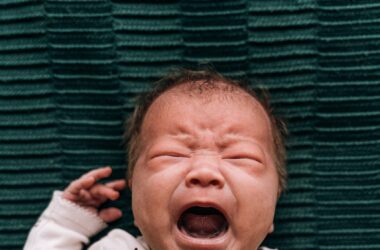 Is your toddler having trouble falling asleep and complaining of pain in his upper legs? Maybe he/she has growing pains.… Read more

Falling and children go hand in hand. As your baby is in full development, learning to walk and run, your… Read more