Tantrums of your toddler

Tantrums can occur when your toddler has taken the ninth leap in his mental development (almost 15 months). To avoid having an impossible toddler later on, it is important to start setting rules and boundaries from this big leap in toddlerhood to prevent tantrums.

Toddlers can have tantrums. It’s kind of part of the deal, but no one is waiting for a child who throws himself on the floor ten times a day, furious and screaming. This article tells you how to deal with your toddler’s tantrum.

1. Distract your toddler if you feel a tantrum coming

Can you feel that your toddler is about to have a tantrum? Then try to distract him right away. Sing a song, say you see a beautiful bird outside or ask your child to grab his train or doll. It doesn’t matter what you say, as long as it distracts him. Prevention is better than cure and once your toddler is in a tantrum, it is often difficult for him to get out of it.

Is your toddler so out of control that he throws himself on the floor during his tantrums? If so, make sure it’s safe. Imagine: in the supermarket on a busy Saturday afternoon your toddler has a tantrum, with his legs and arms floundering on the floor while all the people and shopping carts pass by, that’s not very safe.

Does your little one get a tantrum at home? Then you can put him in his own “tantrum space” for a while.

Tip: this better not be his crib. His crib is for sleeping and he should feel safe there.

3. Don’t always give him what he wants during tantrums

Does your child whine about candy, for example, and does his whining end in a tantrum? Then don’t give in! Even if you have visitors over and you really don’t feel like it. If you give in, the tantrum will be rewarded. Chances are he will have another tantrum next time if you don’t give him what he wants because he was rewarded last time.

4. Try to control your own frustration

It makes sense for your toddler to get on your last nerve when he has a tantrum. He screams, yells and rants, and ideally, you’d like to stuff him right back where he came from. Try to stay calm. If necessary, walk out of the room for a second. Do not yell at your child or get physical. As a parent, you must teach your child how things should be done. You don’t want your child to yell or hit you either, so you shouldn’t do it either.

5. Tantrums out of frustration or tiredness

Your toddler may also throw a tantrum out of frustration or tiredness, because he can’t do something, for example. The tantrum is relief and he can’t really do anything about it. You can comfort him and soothe him.

Do you know from experience that your child is tired the day after he goes to daycare or preschool? Then don’t plan too much for that day. Don’t take him on (family) visits, for example. It is more likely that his tiredness will cause him to have a tantrum.

What to do after a tantrum?

After a tantrum, it’s best to remain neutral. But if your child comes to you and wants a hug, give it to him. Or if he grabs a car to play with, go play with him for a while. Don’t bring up your toddler’s tantrums again. It’s over now.

Have a look at your child’s mental development and find out how to stimulate his new skills with The Wonder Weeks app or the book! 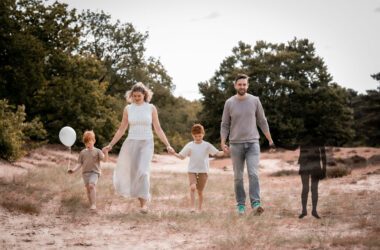 I had imagined motherhood differently. Not more beautiful, but less intense. My adventure as a mother all started about 8… Read more 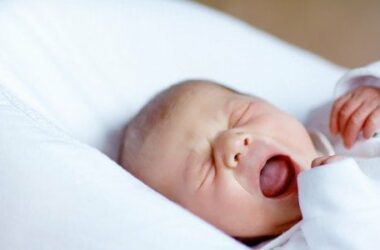 All babies cry. But how do you recognize your baby’s different crying sounds to identify what is wrong? In this… Read more

For about 7 months your baby likes everyone and anyone. If someone smiles at them they smile back. When you… Read more